When you book with an account, you will be able to track your payment status, track the confirmation and you can also rate the tour after you finished the tour.
Sign Up
6169

WHY BOOK WITH US?

If you have any questions about our tours, then please don’t hesitate to contact us 24/7.

Perfect tour led by an expert local guide, excellent way to see the country through the eyes of someone who calls it home. Explore high-walled kasbahs and wander the labyrinthine alleys of Fès and Marrakech. Discover the history and rugged natural beauty of mysterious Morocco.

Day 1Airport pick up to hotel in Marrakech

Arrive at Marrakech airport. Transfer to your hotel where you will receive a warm
welcome with mint tea and an explanation of the tour itinerary and city map.
Depending on your arrival time, you have the afternoon free for a self-guided walk
around the city to explore the myriad of winding streets and their magnificent souks.
Overnight stay at your hotel.

Our day tour starts from your hotel at 9 a.m. We will travel in an A/C bus to Badii
Palace and Bahia Palace with a stop en route to explore the spice souks in Mellah.
From there we head to Marrakech Museum and Madrasa Ben Youssef – an impressive
building displaying fine decorative detail, characteristic of Moroccan architecture.
After lunch we cross the souks, walking to Djemaa El Fna, the heart of Marrakech,
where you can have lunch overlooking the main square and soaking up the
atmosphere of this vibrant city. After lunch we will walk around the local area by the
Koutoubia Mosque, one of the city’s oldest buildings dating back to the 12 th century.
We then drive to Majorelle Gardens which were created by French painter Jacques
Majorelle in 1924 and later rescued from ruin by famous French fashion designer Yves
Saint-Laurent. This botanical sanctuary is renowned for its striking cobalt blue which
is widely used in the garden. Afterwards we visit Menara Gardens – one of the best
places to watch the sunset in Marrakech. We return to the hotel at about 5 p.m. Free
evening. Overnight stay at your hotel.
Breakfast included.

After breakfast we depart from Marrakech at 8 a.m, driving 200 km through the High Atlas Mountains to Ouarzazate, making a short stops for enjoy the beautiful landscapes and taking photos along the way. Our first main stop is to visit Aït Ben Haddou Kasbah – a 16th century fortress classified as a UNESCO World Heritage Site since 1987; many big movies have been filmed there including ‘Gladiator’, ‘Laurence of Arabia’ and ‘Kingdom of Heaven.’ We have lunch at Aït Benhaddou Kasbah or in Ouarzazate – the capital city of cinema in Africa. After lunch we drive a further 160 km through the Rose Valley and the Road of the Kasbahs, arriving in Dades Gorges at around 5 p.m. Overnight stay at your hotel in Dades Gorges.
Breakfast included.

After breakfast we drive towards Todra Valley to visit the spectacular Todra Gorges – a series of limestone canyons with rock faces towering over 500 feet. Then we drive to the charming oasis town of Erfoud, where you can have lunch. After lunch we drive to Merzouga, known as the gateway to Morocco’s Sahara Desert. We make a short stop in a hotel by the dunes for refreshment, in two hour bfore sunset we go for camel trek into the dunes, observing mesmerizing desert landscapes before arriving at our camp at around 6 p.m. We drink traditional mint tea with the nomads then travel over the rippling sands to watch the amazing sun-set. Back at the camp we have dinner, after which the nomads play music around the fire until we retire for the night in tents underneath the stars. Overnight camping in Merzouga.
Breakfast and dinner included.

We awake early to watch the wonderful sunrise and have breakfast and shower at the camp before we ride camels back to the hotel in Merzouga where you meet our driver to travel to Fes through the Middle Atlas region, a journey that takes us through many beautiful landscapes. We make a brief stop in the region of Er Rachidia to take in the incredible views of the lush palmeraie of the Ziz Valley, followed by lunch in Midelt. Later we make a short stop in Ifrane, known for its alpine-style architecture, where you may catch a glimpse of the curious monkeys who live within the beautiful cedar forests. We arrive in Fes at around 6 p.m. Overnight stay at your hotel in Fes.
Breakfast included.

After breakfast in the hotel you will have a guided tour of Fes, visiting the Royal Palace Gate, the Jewish Quarter and the old medina. In the afternoon we travel to Chefchaouen, stopping en route for lunch. One of the prettiest towns in Morocco, Chefchaouen is known as ‘the blue city’ – an arty, blue-washed mountain village. The old medina is a delightful mix of Moroccan and Andalusian influences with red-tiled roofs, bright-blue buildings and narrow lanes. Overnight stay at your hotel in Chefchaouen.
Breakfast included.

After breakfast in the hotel we travel to Volubilis, Moulay Idriss and Meknes. First we stop to visit the ancient Roman ruins of Volubilis, where we will spend some time exploring the 2000 year old ruins and getting an idea of life during the Roman Empire. We then continue to Moulay Idriss, known as the holy city of Morocco, which holds a special place in the hearts of the Moroccan people; followed by Meknes, where we will have a magnificent view of the medina. In the heart of the medina is Place El Hedim, the large square facing the huge gate of Bab El Mansour – the grandest of all imperial Moroccan gateways. We also visit the Mausoleum of Moulay Ismail, the final resting place of one of Morocco’s greatest rulers. Overnight stay at your hotel in Meknes.
Breakfast included.

After breakfast in the hotel in Meknes we travel to Rabat the capital of Morocco then to the coastal city of Casablanca to visit the Hassan II Mosque and some of the city’s other attractions including the old medina and the Corniche of Ain el Diab. We then travel back to Marrakech, arriving in the evening. Overnight stay at your hotel in Marrakech.
Breakfast included.

After breakfast, transfer to the airport. Take the memories of your adventures with you
on your flight home.
Breakfast included. 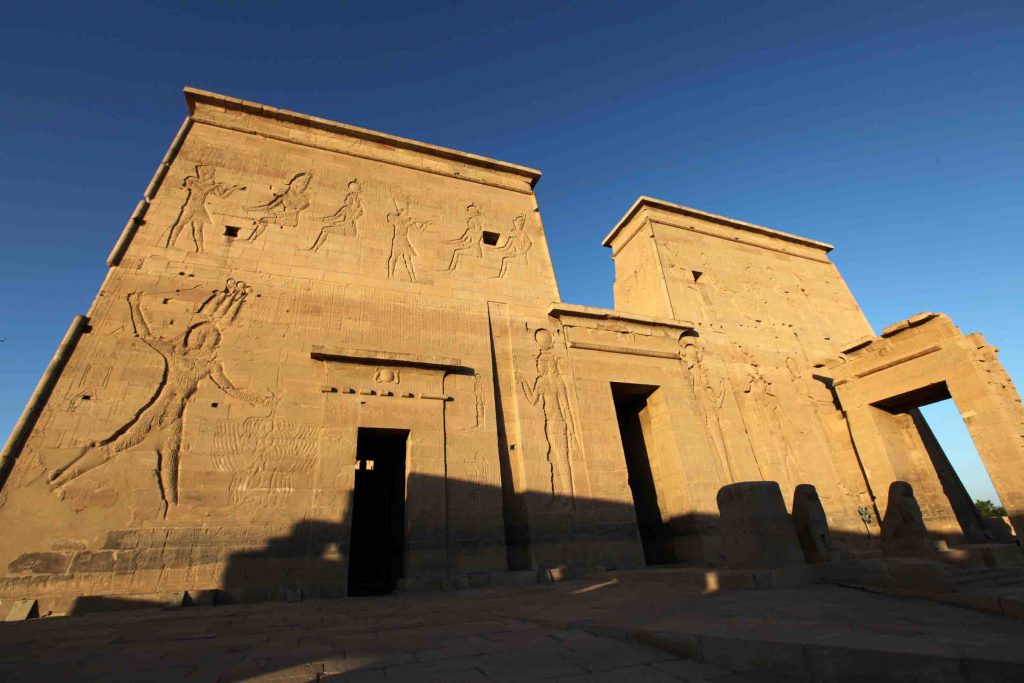 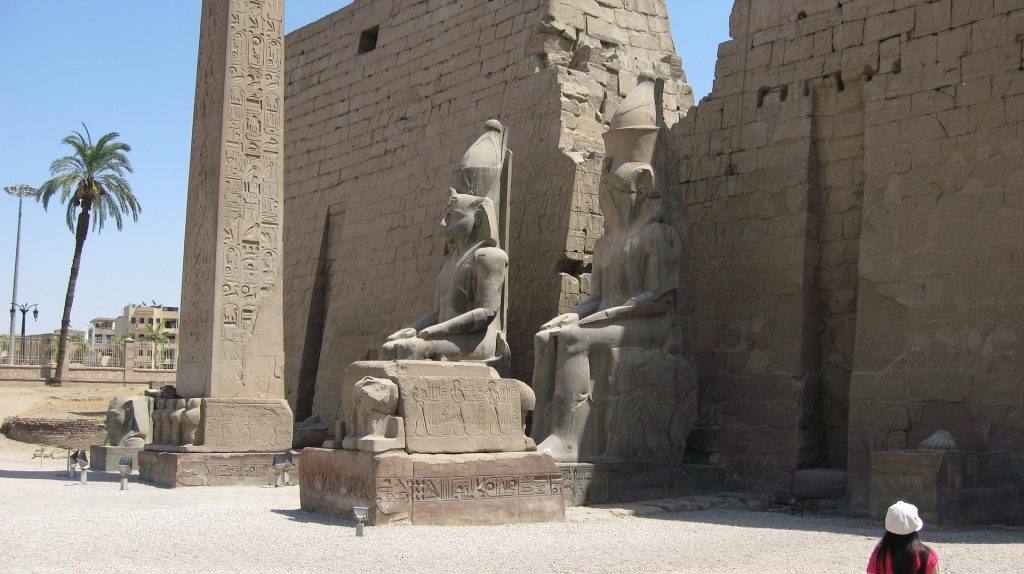 Wonders of the Pharaohs – 5* Cruise